Last week we finally had our Christmas get together.  With December being short on working days and a hectic schedule for everyone both at work and at home during December we decided to do something in January instead.  It was much more enjoyable to have something to look forward to in January rather than trying to squeeze in yet another function in the run up to Christmas.

So last week we all went on our now annual trip to the Escape Rooms in Salisbury.  Its a light-hearted, quite competitive, but fun way for our small team to spend some time together doing something which requires team work as well as the use of your brain for something other than numbers!  Although there was some adding up to do and we all struggled without our calculators!

For those who haven't experienced this or other similar venues, you have to solve various clues to make your way through each of the rooms to the exit.  There are numerous padlocks to find codes to and tasks to be undertaken  along the way and all the while the clock is ticking down through the hour you are given.  Its all very clever and must take so much work to prepare.

This time was certainly tougher than the previous ones we have done but we got there in the end and were out in time to go for a meal at the restaurant we had booked.

We work hard as a team and are very focused during our working day so spending some time together in a relaxed environment was very enjoyable.  Its so interesting as an employer to have the opportunity to see the other side of people, the fun side, the competitive side and the enjoyment of doing something different.  I highly recommend both the Escape Rooms in Salisbury and some time out with your team. 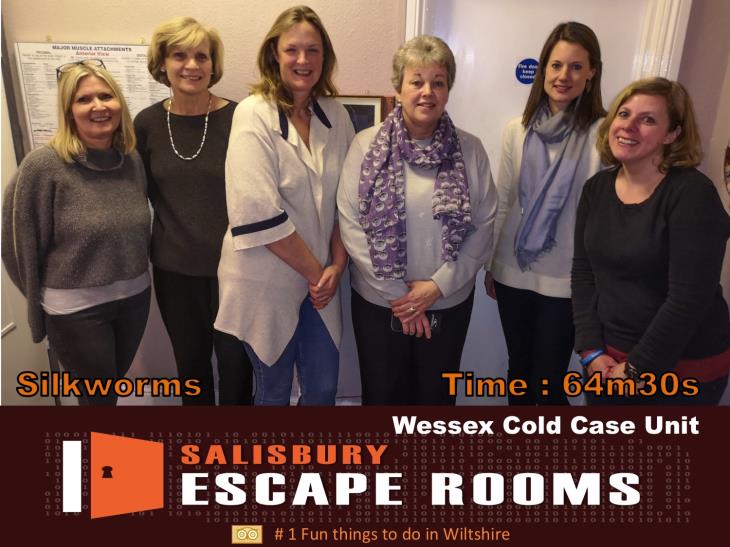 Business Teamwork
« Have you agreed a net pay arrangement?
Is your customer invoicing accurate? »